Throughout most of our babymoon vacation in Central Europe, I completely forgot I was pregnant. Most days I was game to walk 10+ miles, see all the sites and barely rest until bed time. But I do remember that during the one full day we had in Vienna, Austria, my legs were so tired I had to make Brett stop about every 20 minutes to rest my feet. Thankfully the day we were there was absolutely gorgeous (although hot) and there were lots of cute cafes, markets and public benches where we could rest whenever needed. We even ended up seeing a movie in the middle of the day and the A/C and two hours of sitting did wonders for my tired self.

Even though we were only in Vienna for one full day and one night, both Brett and I felt like we got to see a good chunk of the city and enjoy lots of delicious food. I hope this recap of our time in Vienna is helpful or interesting for any of you hoping to travel there in the future!

We took an overnight train from Krakow to Vienna and after checking into our hotel early that morning we walked to a nearby Billa for second breakfast. Billa is a popular grocery store chain that was in many of the countries we visited throughout our trip. I loved this grocery store because it had so many vegan options, including soy yogurt which was my obsession at the time. It was so nice to have the option to have the occasional, lighter meal when we were sick of eating out.

In addition to soy yogurt, throughout our time in Europe we were also able to buy tons of berries, vegan bulgar salads, nuts and different items to snack on throughout our travels. 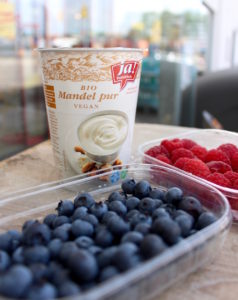 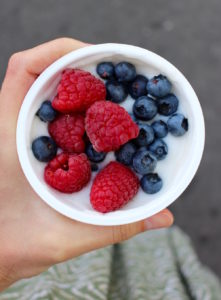 Stephensplatz is a popular walking and shopping street/area in Vienna. It had lots of your usual chain stores as well as beautiful restaurants, cafes and bakeries. It’s was pretty crowded and touristy, so we didn’t stay long, but we enjoyed popping into some of the shops to see the baked goods and lively atmospheres. 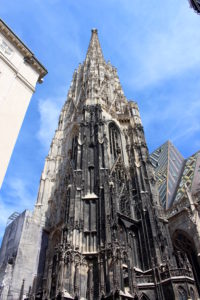 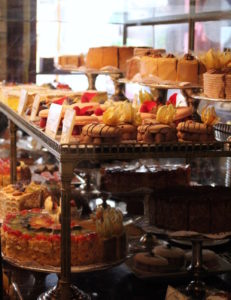 Cafe Sperl is an old historic Viennese cafe which was first opened in 1880. A random restaurant manager in Prague encouraged us to check it out, so we did. The inside had an old, open feel and it was nice to rest our feet. They are known for their coffees and desserts, none of which are vegan, but apparently are delicious. We just ordered a tea and coffee and enjoyed the atmosphere for a bit before heading back out into the heat. From what I hear, you want to go early before all the baked goods run out and be prepared to be patient as the service can be hit or miss. 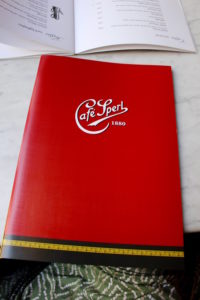 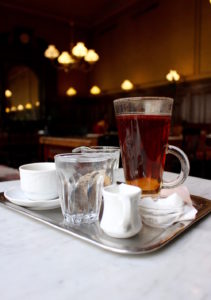 Naschtmarkt is an amazing food and flea market in Vienna and it was easily the highlight of my time in Vienna. On the streets surrounding the market there are also beautiful, historic buildings you can see and other fully vegan restaurants.

The market itself consisted of lots of shops and restaurants, most of which sold food. They had produce shops, dried food shops, all kinds of different restaurants and even clothes and household items. Many of the restaurants and stalls we saw seemed to be similar and there was definitely a middle eastern feel with all the falafel and hummus that was being sold. That was fine with us, because we were both in the mood for middle eastern food. Brett ended up ordering an absolutely delicious falafel wrap for his lunch and I ordered a container of hummus to eat with some olive bread. It was a random lunch, but exactly what I was craving. We ended up having to sit on a curb to eat our meal since we got everything to-go, but it was one of my favorite meals of our entire trip! 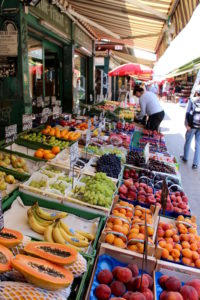 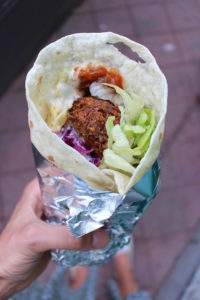 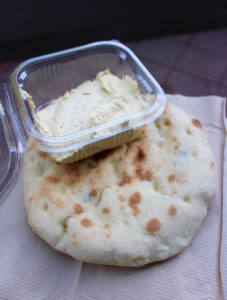 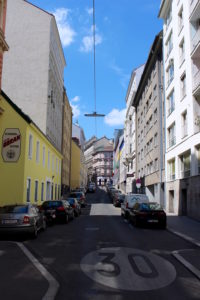 Dinner ended up being an amazing vegan feast at a restaurant called Pizzeria Casa Piccola. It’s not a fully vegan restaurant, but it has tons of vegan options including appetizers, drinks, pizza, lasagna, etc. Brett and I ordered a random combination of appetizers and entrees to make up our dinner and it was amazing. To start we split some Thai spring rolls with peanut dipping sauce and minestrone soup, both of which were amazing. Then for our mains we ordered a vegan pizza with mushrooms, peppers and onions and a huge salad that came with the most incredible vegan mayonnaise based dressing.

This meal was incredible and the service was just as impressive. If you need a restaurant where both vegans and non-vegans can enjoy a meal together, I highly recommend Pizzeria Casa Piccola! 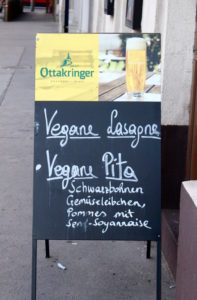 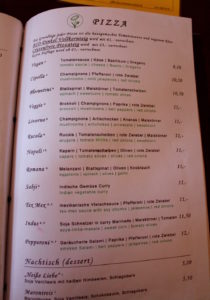 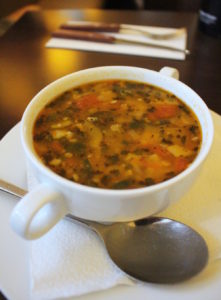 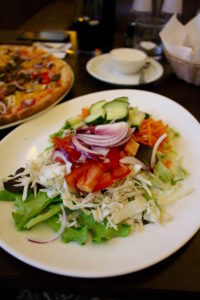 After our dinner we just headed back to our hotel and had a good night of sleep before catching a bus to our next location, which I’ll be sharing about in an upcoming babymoon update!