I'm boppin' on today with a quick "What I Eat in a Day" post to hopefully give you some meal and recipe inspiration for the rest of your week. I'd love to know something delicious and satisfying that you ate today!

I made a batch of my Brownie Batter Baked Oatmeal the other day and it was so nice to have breakfast already ready and waiting for me when I woke up. After warming up a slab of the baked oats I added some banana and pumpkin seeds on the side. 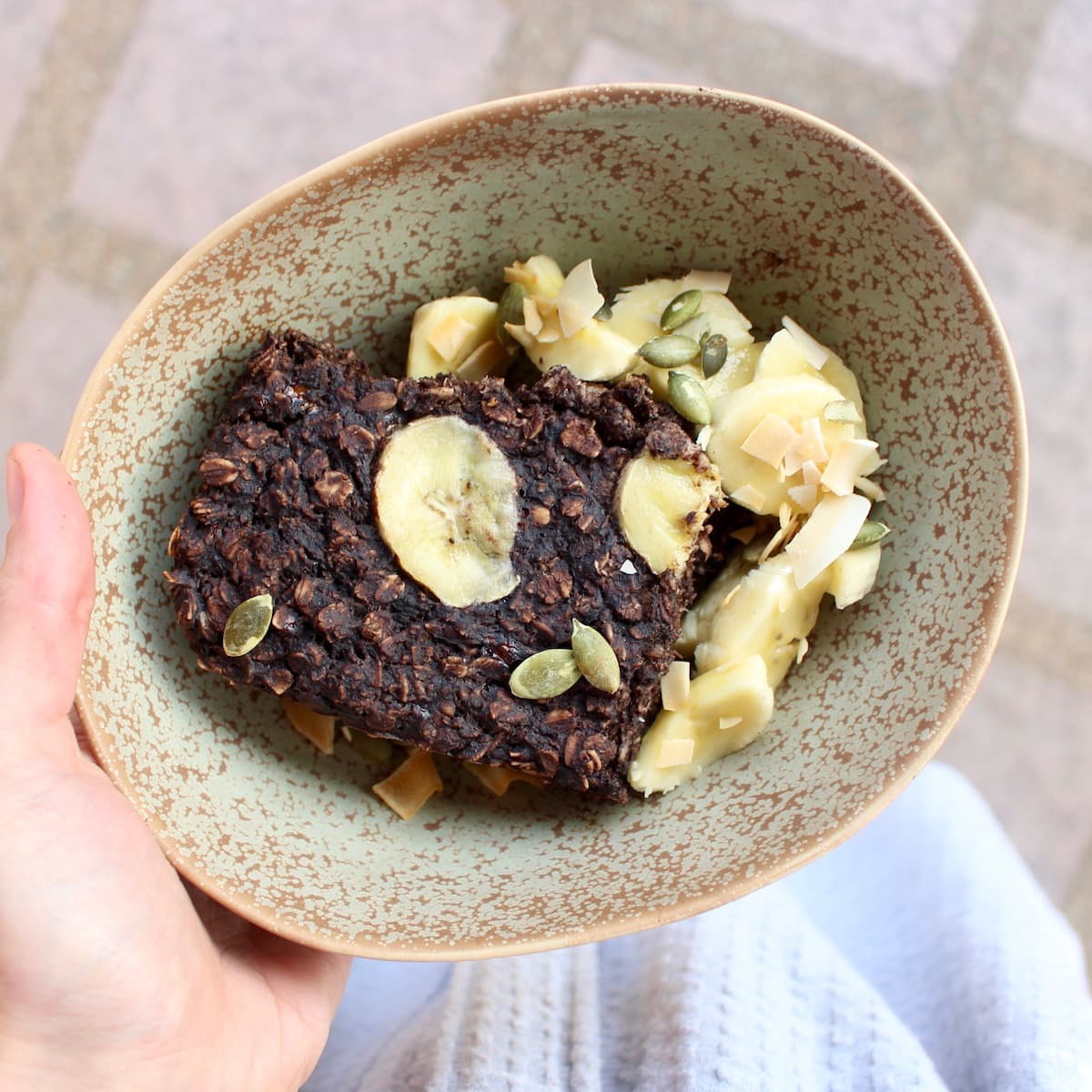 I rarely have smoothies, but I was craving one at lunch time. Actually I was mostly craving the toppings that come along with a smoothie bowl. Okay, I basically just wanted more breakfast food for lunch, but also wanted to get some greens into my day. Chocolate green smoothie bowl it was! I blended up a few balls of frozen spinach with some almond milk until smooth. Then added in a frozen banana, some chunks of raw zucchini and a couple tablespoons of cocoa powder. After pouring this beautifully colored (not) smoothie into a bowl, I topped it with muesli, strawberries, coconut chips and chia seeds. This hit the spot and smoothies rarely satisfy me! 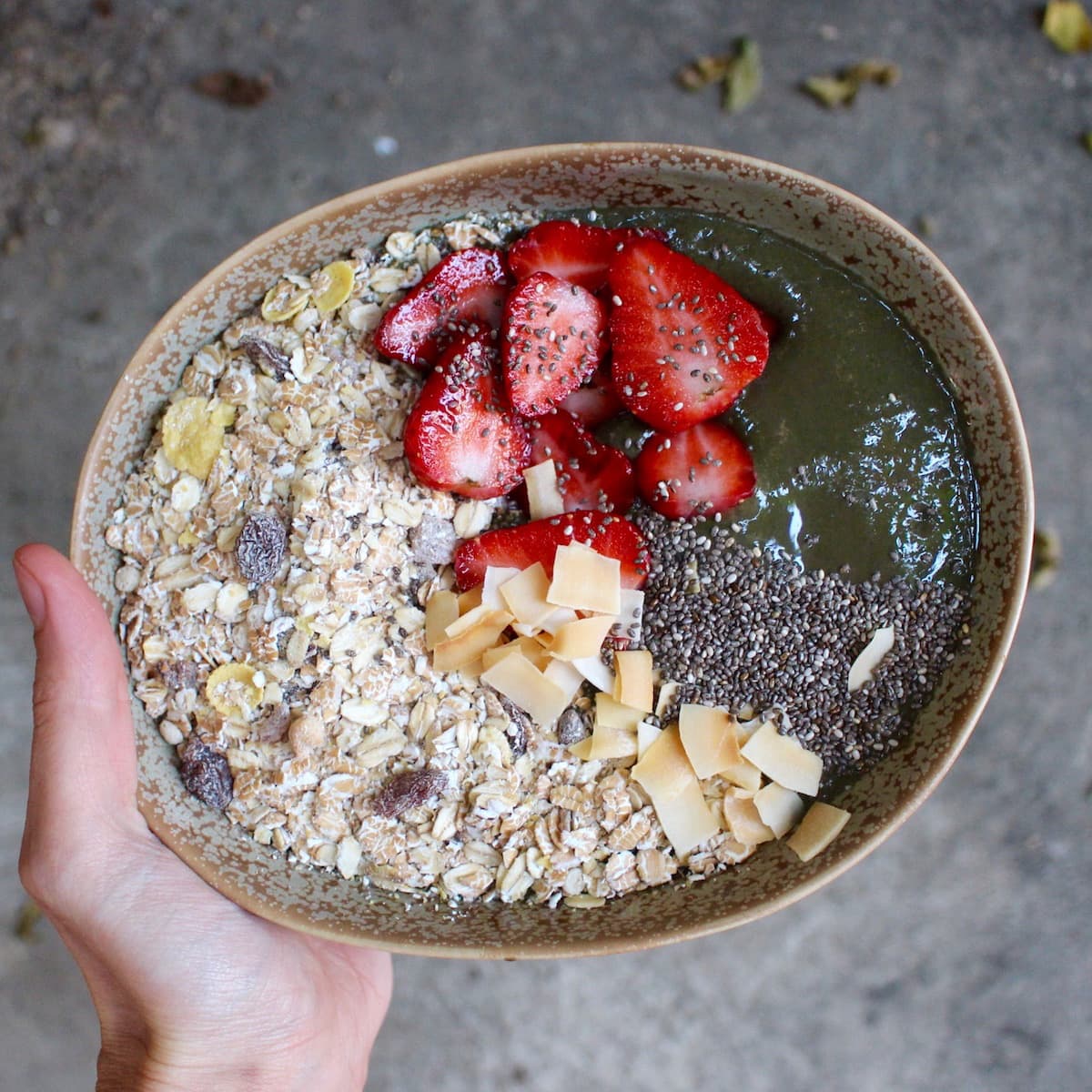 I rarely get through the afternoon without having a snack...or two. Today I had a lemon coconut energy bite (an old recipe that I'll be reposting soon!) plus an apple sprinkled with cinnamon and coconut flakes later on. 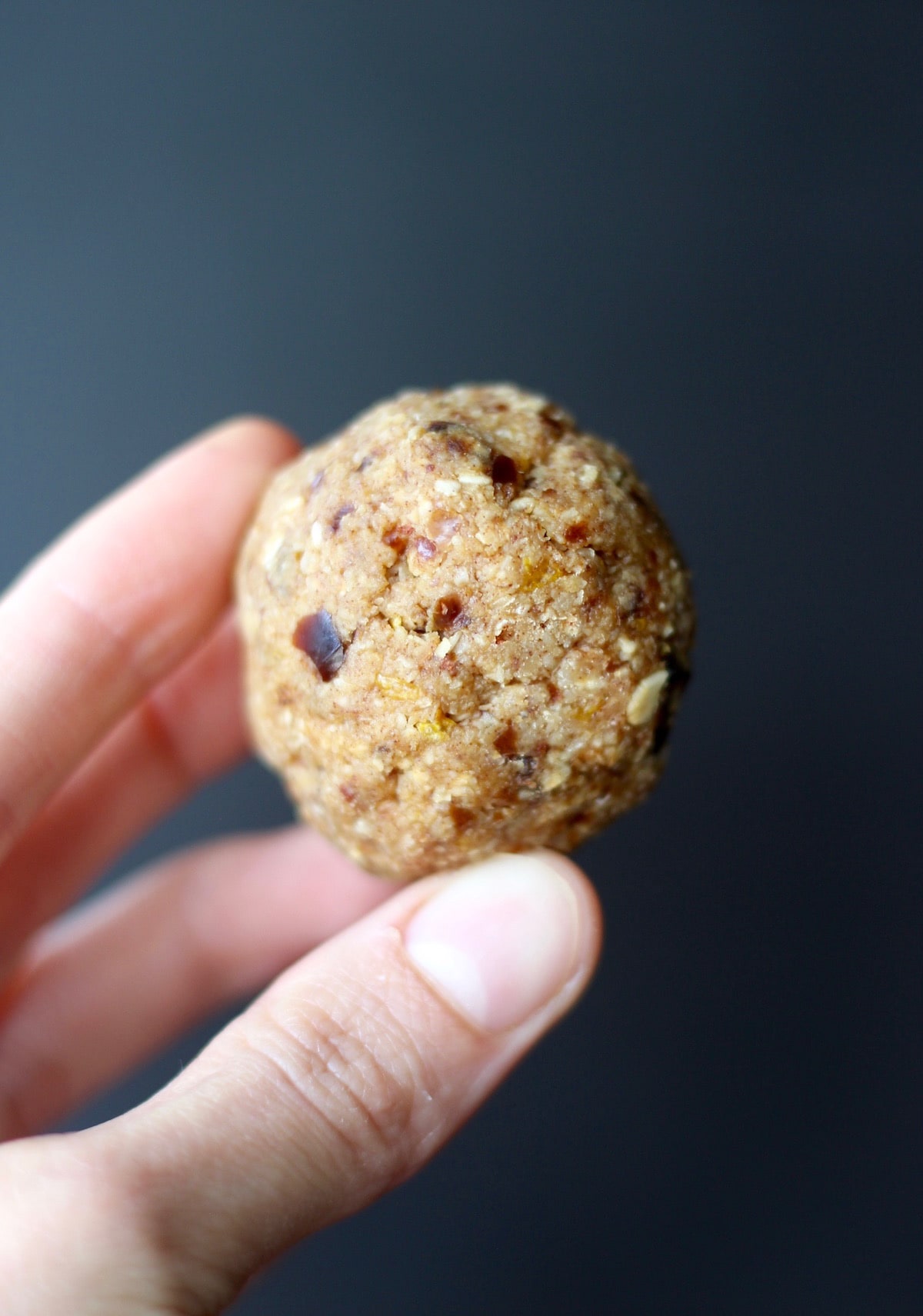 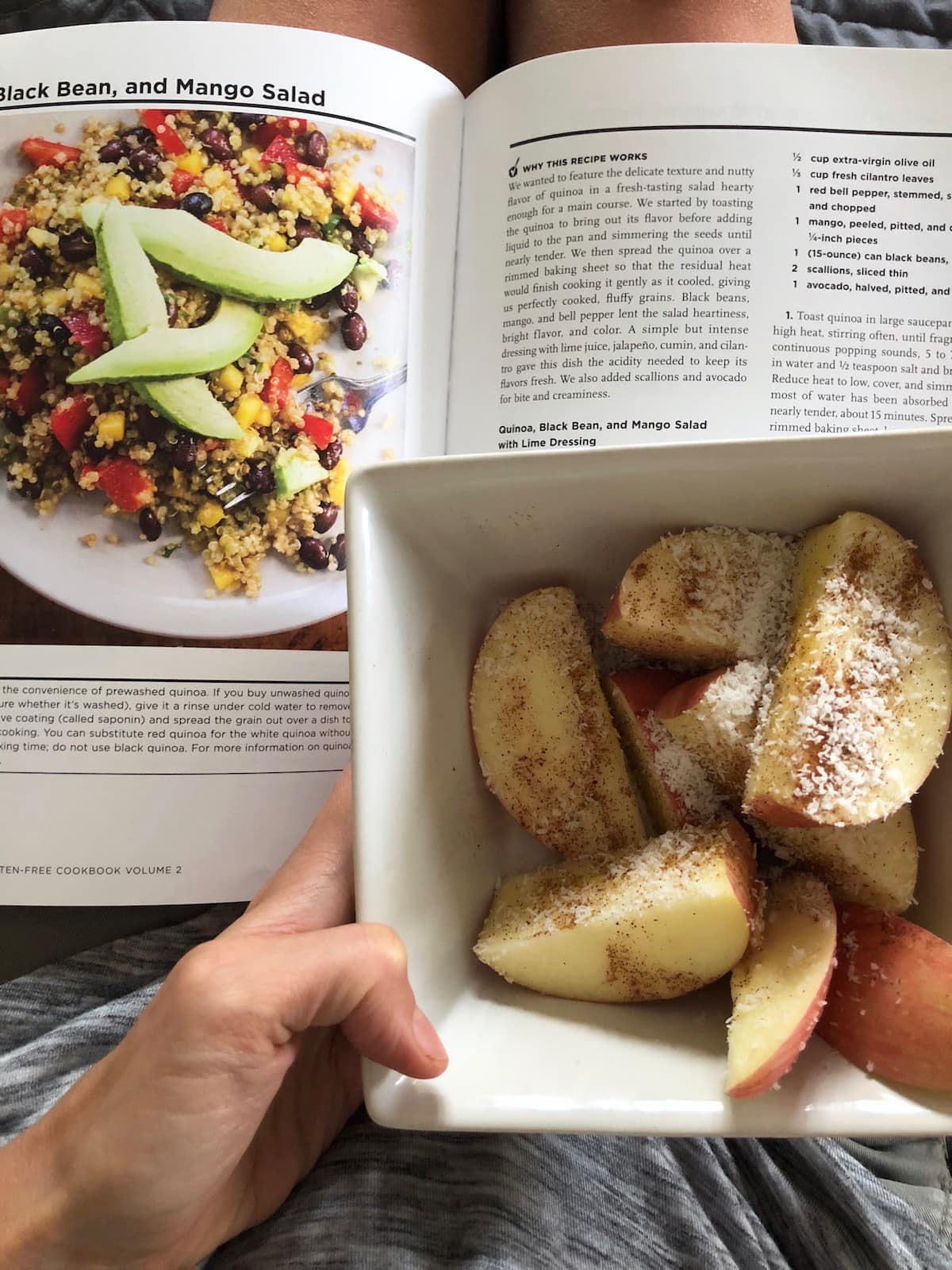 Dinner was leftovers. We had African Peanut and Sweet Potato Stew (another OLD but delicious recipe) over white rice with some canned butter beans, avocado, tomatoes and other random condiments that we put on the table. We love our condiments. We also had some chips and salsa that a sweet Thai lady had delivered to our door earlier in the week. They didn't really go with the meal, but they're so good that they end up on the table at most meal times. 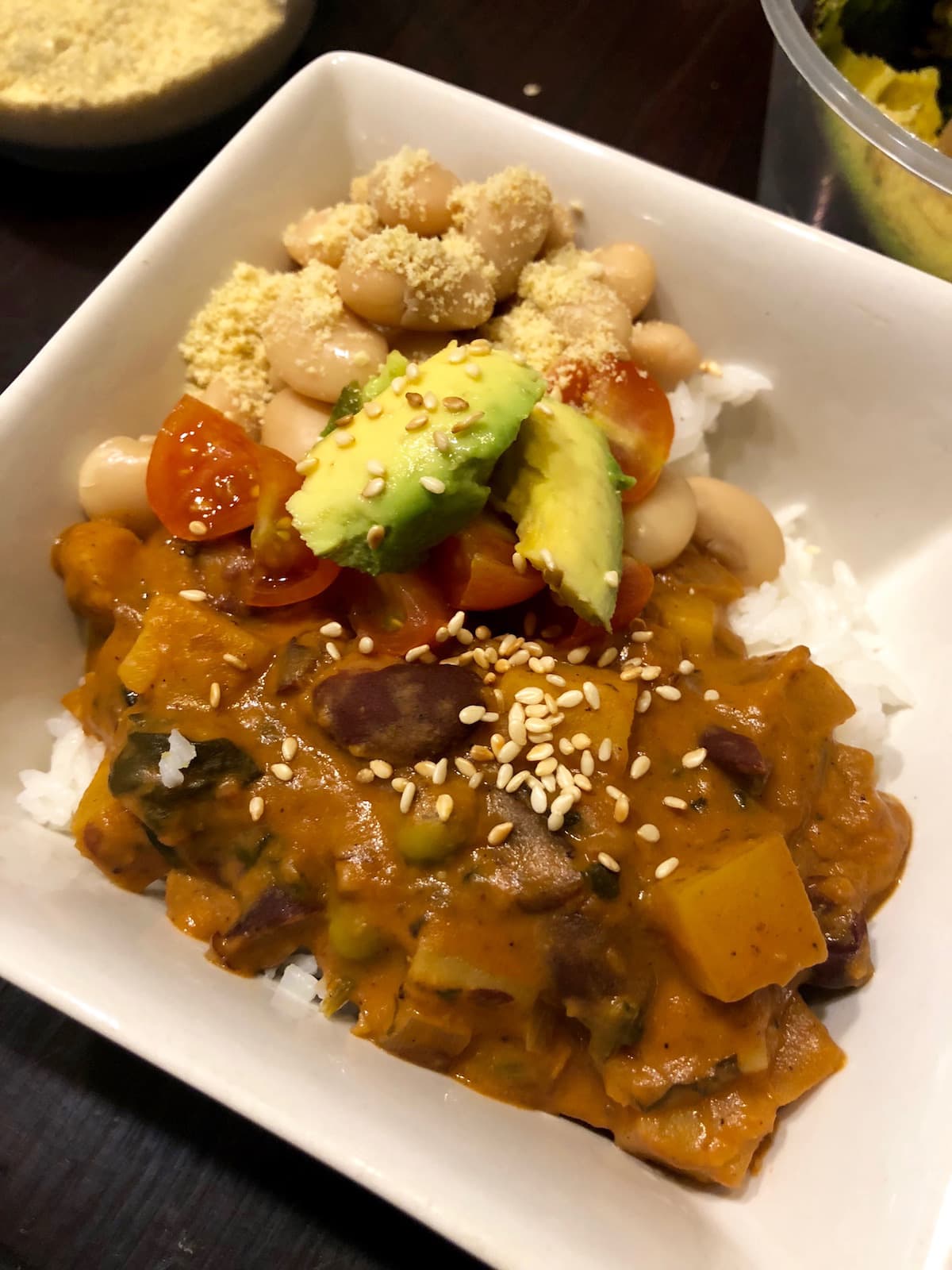 I think before bed I had half of an orange and a couple bites of cereal. I'm a nibbler, that's for sure!

Please let me know something delicious you had this past week! I'm always looking for meal inspiration!