You are here: Miscellaneous Posts from a Plant Based Food Blogger 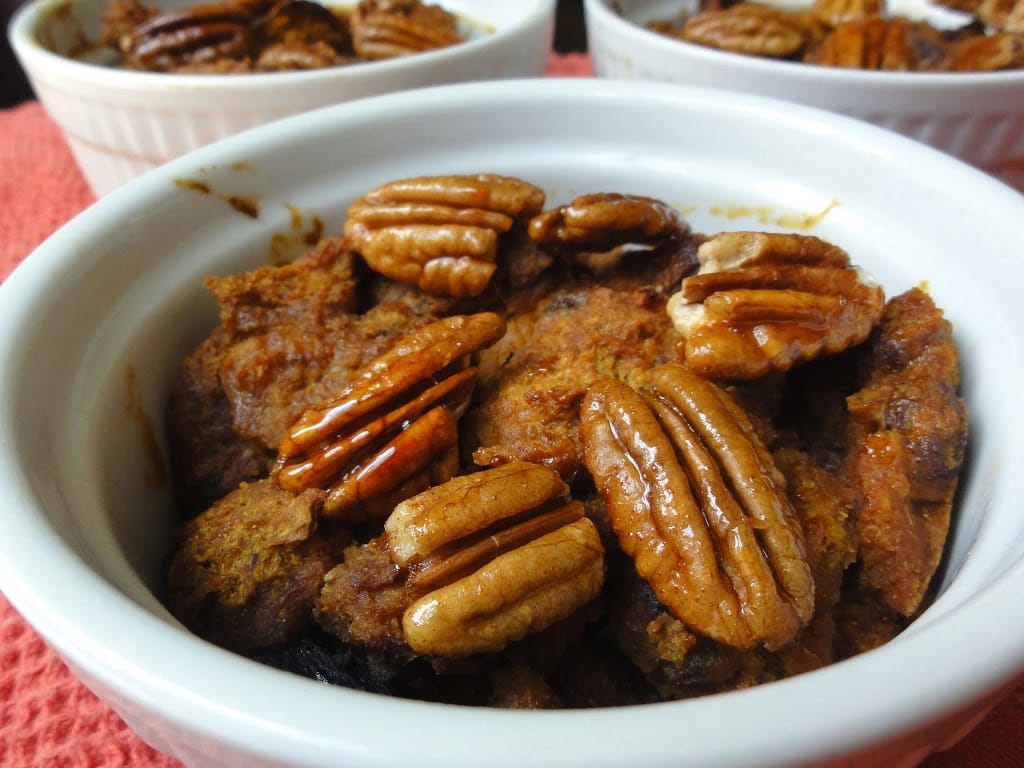 I know the name of this recipe is a mouthful, but I couldn't choose which key ingredient to leave out. The pumpkin makes this pudding so moist and the subtle spice of cinnamon and the chewiness of the raisins are in every mouthful. This bread pudding is healthy enough for breakfast (at least in the VanderMolen household) and was perfect for brunch on Brett's Birthday. We absolutely looooved my Pumpkin Cinnamon Rolls so I thought this would be a fun twist on similar ingredients.
I've mentioned a few times that Brett and I are moving to NYC soon, so I've slowly been trying to clean out our freezer. I don't even know who put all that food in our freezer, but it needs to be eaten. One large item in there was a loaf of Ezekiel Cinnamon Raisin Bread. We love that stuff, but go through it slowly, so I still had a good chunk frozen. 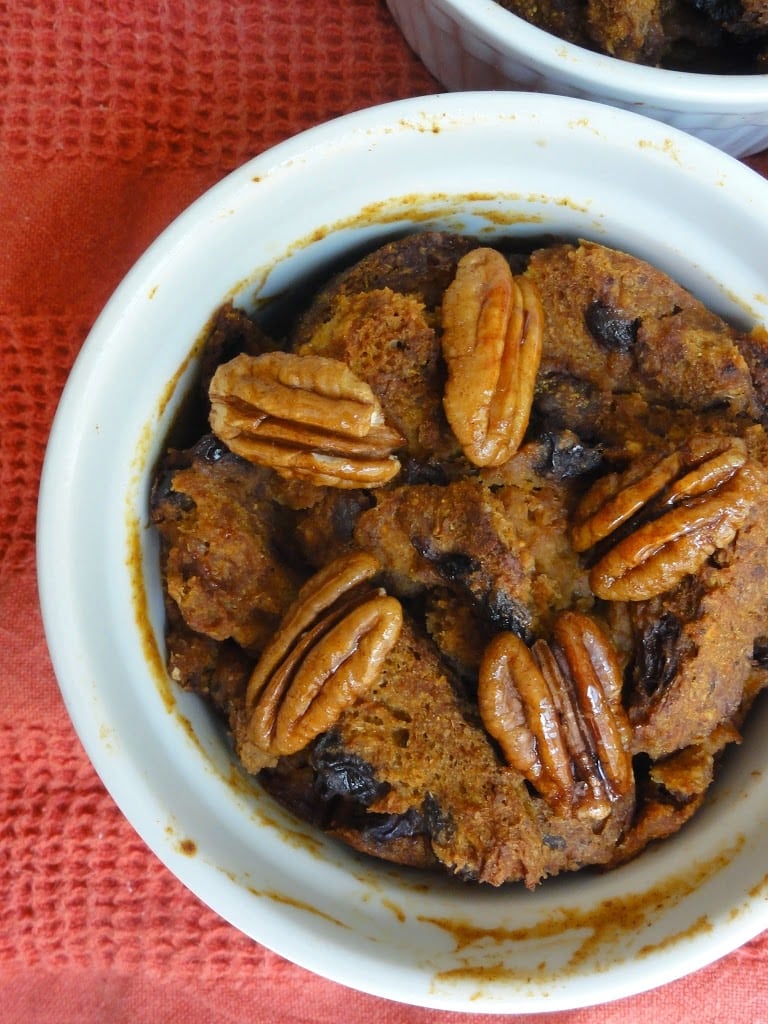 I saw a recipe for a pumpkin bread pudding that included cinnamon and raisins and I thought it would be perfect to use our cinnamon raisin bread for a similar dish. I've never made bread pudding before, but it's really simple. If you've ever baked anything, you can make bread pudding. It's mainly just dry and wet ingredients mixed together and baked to perfection. Simple and delicious.

For the Cinnamon Pecans:

Directions:
Notes: This is perfectly sweet for me, but if you want it sweeter for a dessert you can increase the agave nectar in the pumpkin mixture to ½ cup.
Adapted from Fat Free Vegan. 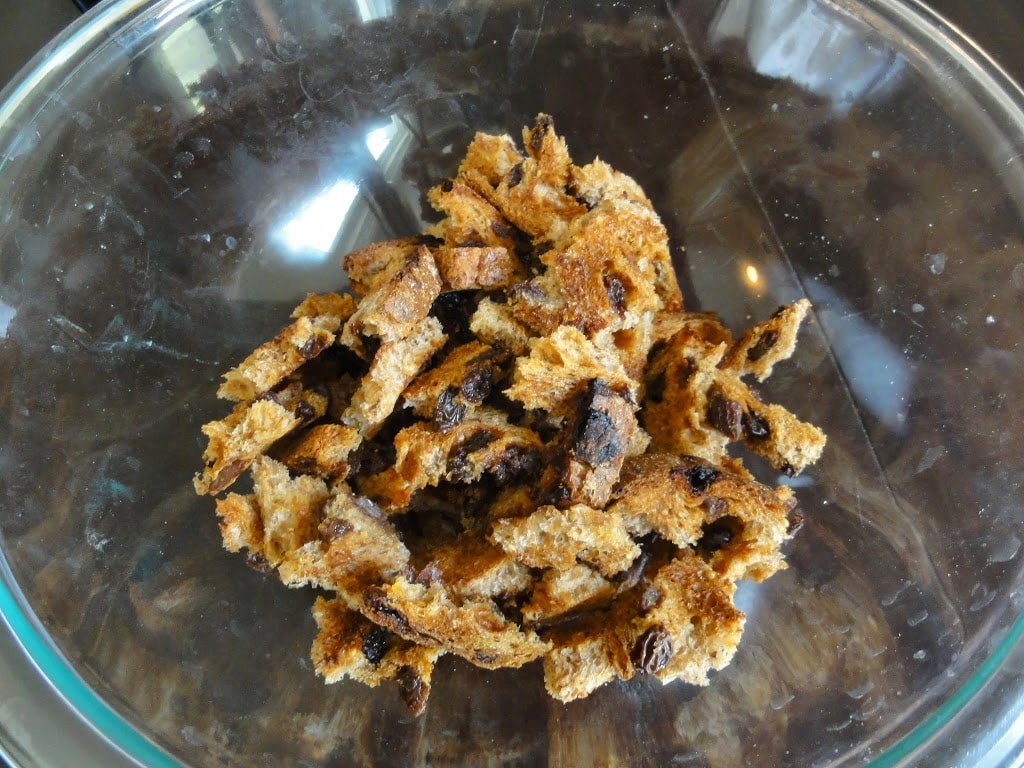 Rip up the slices of bread into bite size pieces and place them in a large bowl. 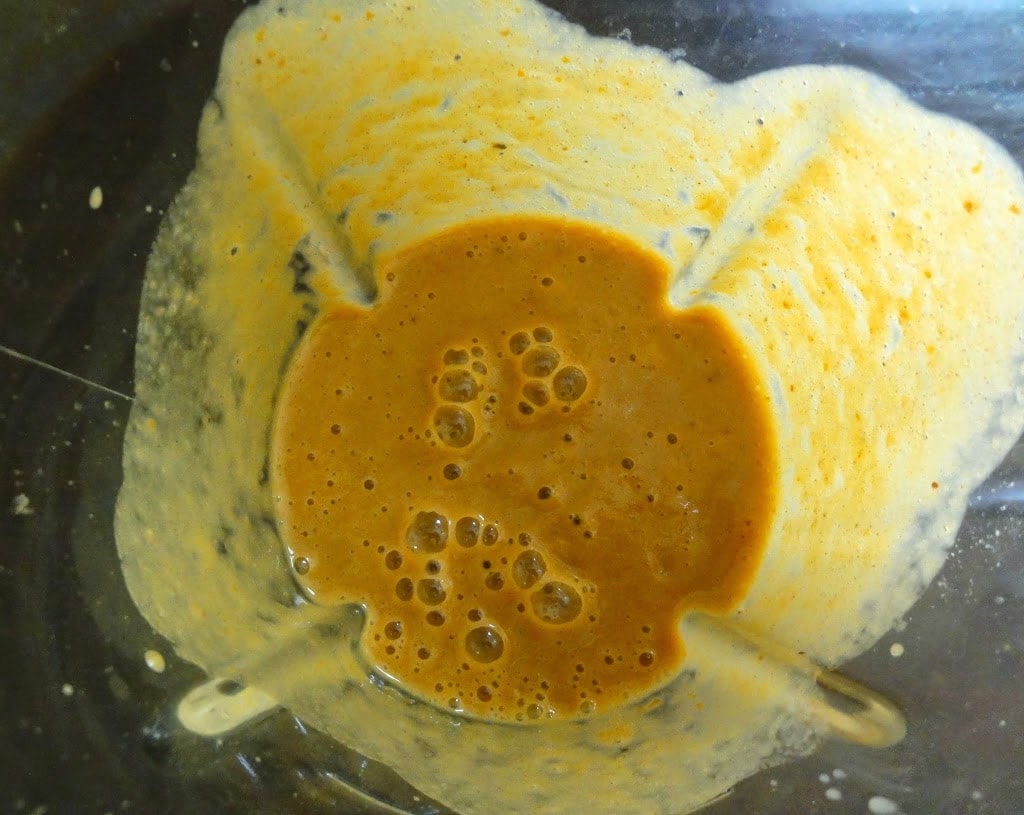 Blend up all the wet ingredients, from almond milk to nutmeg, until smooth. 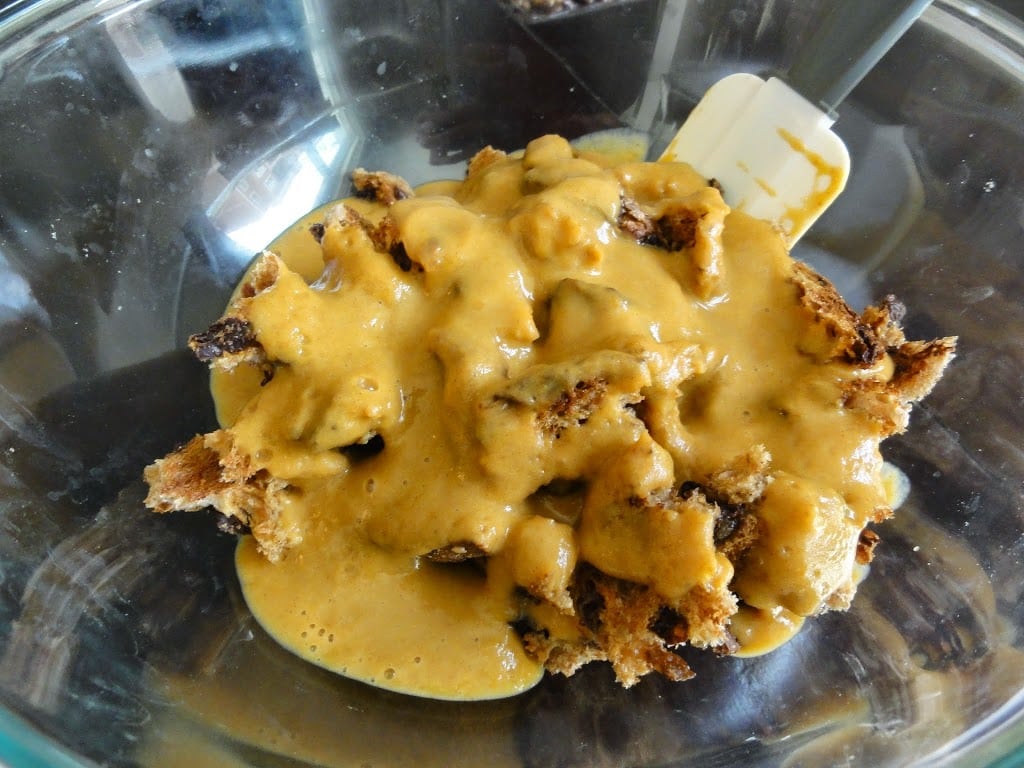 Pour the pumpkin mixture over the bread, stir to combine, and let it sit for 10 minutes. 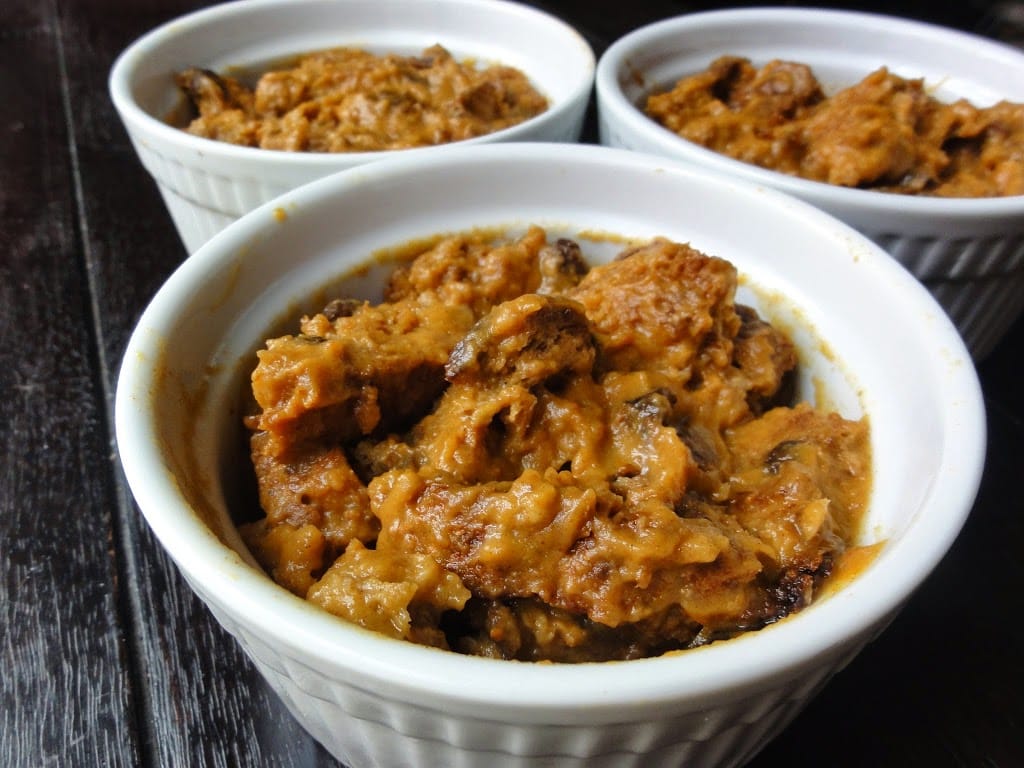 Divide among the 6 ramekins.

Bake at 350 for 40 minutes and then top with the cinnamon pecans. 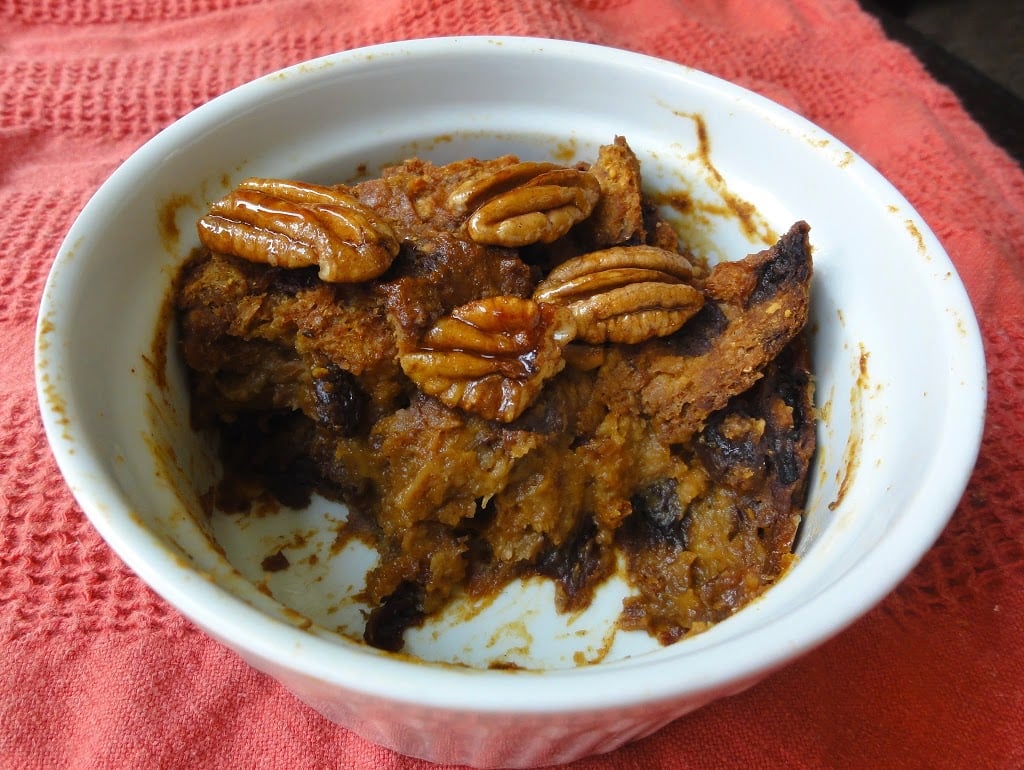