You are here: Main Dishes | Salad 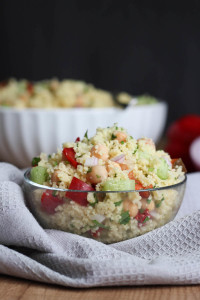 I hit a milestone in language learning the other day!

Before we started studying Chinese, I always looked forward to the point where I could understand what people were saying, while they still thought I couldn’t understand. People here speak so quickly, and often in a different dialect, that for the first few months of learning Chinese, I definitely was in the dark on what the people around me were saying, except that is, when they said, “Ah, a foreigner!!”

Yeah, I learned to recognize that word quickly.

But I so badly wanted to one day shock a local talking about me by saying in Chinese, “I know what you’re saying!” or “I do understand!” This exact scenario happened just the other day.

After buying too many items from Walmart to carry back home with me, I decided to take a taxi. I had just gotten into the cab when I heard the driver pick up his walkie-talkie and start talking to the taxi driver ahead of him, who was stuck at the same traffic light as us.

“Hey!” he said. “There’s a pretty, foreign girl in my car. Where do you think she’s from? She doesn’t understand what I’m saying.”

This basic question/conversation went on for a few more minutes, with my taxi driver trying to get his friend to look back and guess what country I was from. Even a few more times he said, “She doesn’t understand.”

Then, after a few minutes of smiling to myself I said in Chinese, “I do understand!”

You should have seen his face! With eye wide and full of embarrassment and surprise he said, “You do understand? She understands! She knows what I’m saying!”

Ah, I couldn’t stop laughing. I got him so good.

Thankfully he didn’t say anything too embarrassing about me and we even ended up having a good conversation about family, kids, pollution and terrorists the rest of the way home.

You know, the usual.

Now I just need to think of the next milestone I want to hit. Any ideas!?! 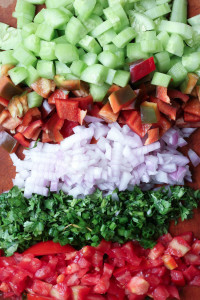 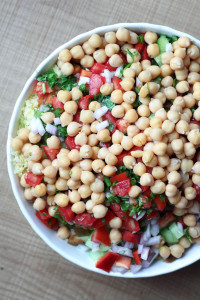 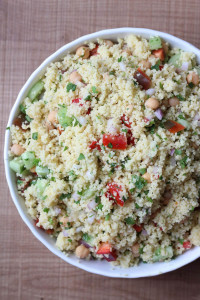 Let’s change topics and talk about this Simple Lemon Couscous Salad shall we? I actually made this amazingly simple and light salad for Brett and I to eat throughout the week, only to be reminded of a potluck I had that night. Guess I know what I’m bringing! It was such a great side dish to bring to share with everyone and it was gone in a flash.

If you’re looking for a healthy, oil-free, light summer salad, this Simple Lemon Couscous Salad is the ticket. Full of fresh, chopped veggies, hearty chickpeas, and dressed in freshly squeezed lemon juice, this salad is such an awesome side dish for summer or a great salad topping.

I hope you can give it a try! Let me know if you do by leaving a comment below or taking a picture and tagging #theconscientiouseater on Instagram! 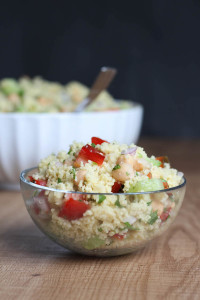