You are here: Main Dishes | Indian 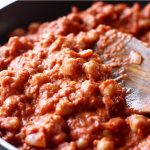 Made with a rich tomato base and spicy garam masala, this incredibly easy Chickpea Tikka Masala will quickly become a family staple! 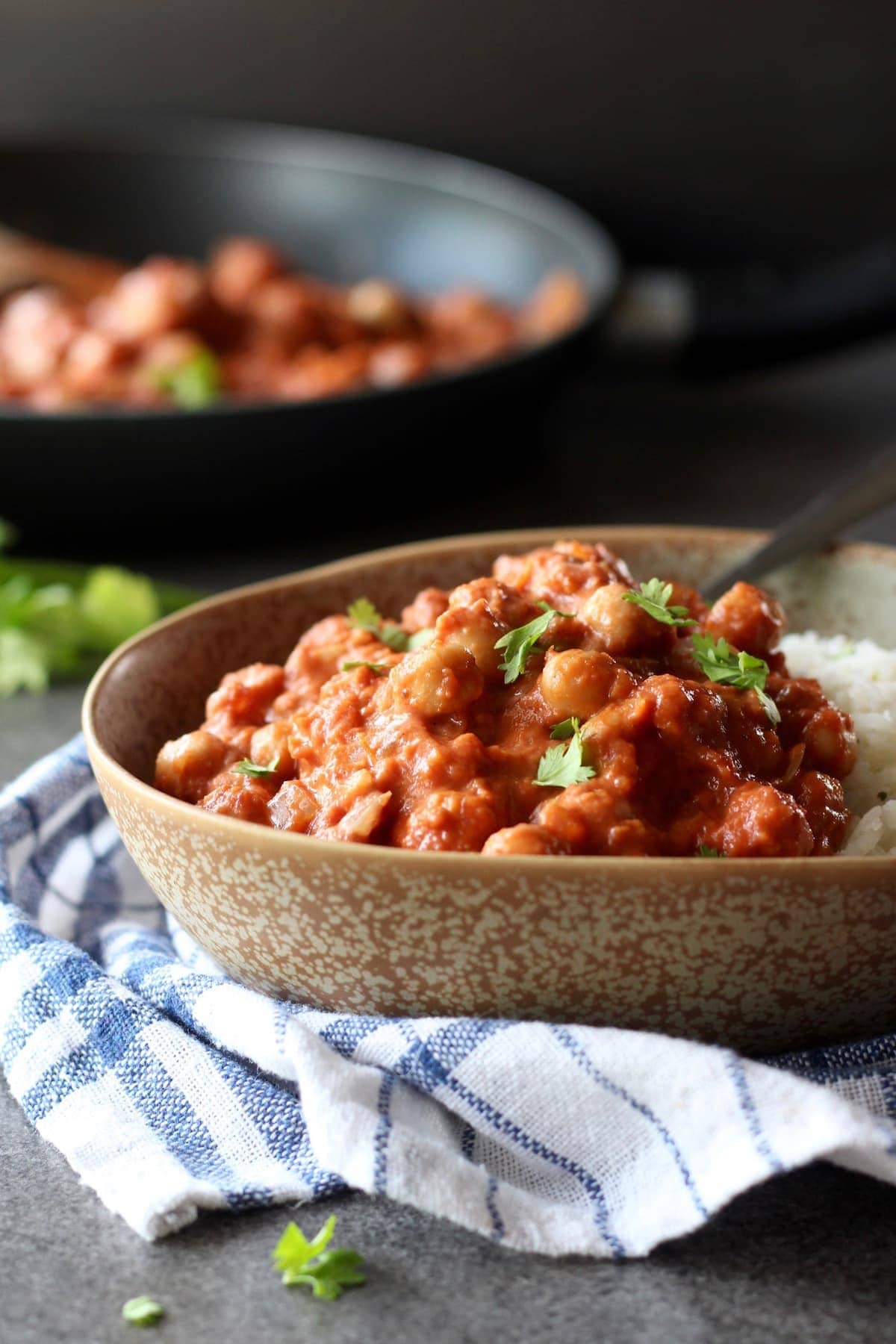 Have you heard about the pollution here in Chiang Mai, Thailand? Yeah, it’s not great. Before Brett, Harper and I decided to base out of Chiang Mai while we decided where to settle down next, we had no idea that Chiang Mai had a smoky season. Basically every year starting around February/March, crops in Chiang Mai are burned, causing pollution to increase. Apparently this has been the worst year yet and all of my expat friends who have lived here for a while keep saying how it’s never been this bad! For reference, the air quality in Virginia where I grew up is usually at 20 or 30. Here in Chiang Mai, it has gotten over 500! There have been days that, if I step outside, my eyes start to burn. Brett and I think it’s so ironic that of all the months we chose to live here, we chose smoky season. Who knew?!

Sadly, since the air quality has been so bad, we’ve had to stay cooped up indoors for the past couple weeks. I feel as if I’ve already forgotten what it’s like to take Harper on a walk outside! When the air isn’t too bad, but still not great, we’ll often take Harper to the mall so she can play on the indoor playground and we can not feel so stir-crazy. You’d think after living in China we’d be used to bad air quality, but there was actually barely any pollution where we lived in China. I don’t think I’ll ever take clean air for granted again!

About this chickpea tikka masala

I actually have a recipe for Vegan Seitan Tikka Masala on my blog and it is one of my favorite recipes. It’s so rich, creamy and comforting and reminds me of the amazing indian food I got to enjoy years ago when I visited. Sadly, I think the Seitan aspect of the dish scares people away and they never get to experience the deliciousness that is tikka masala. 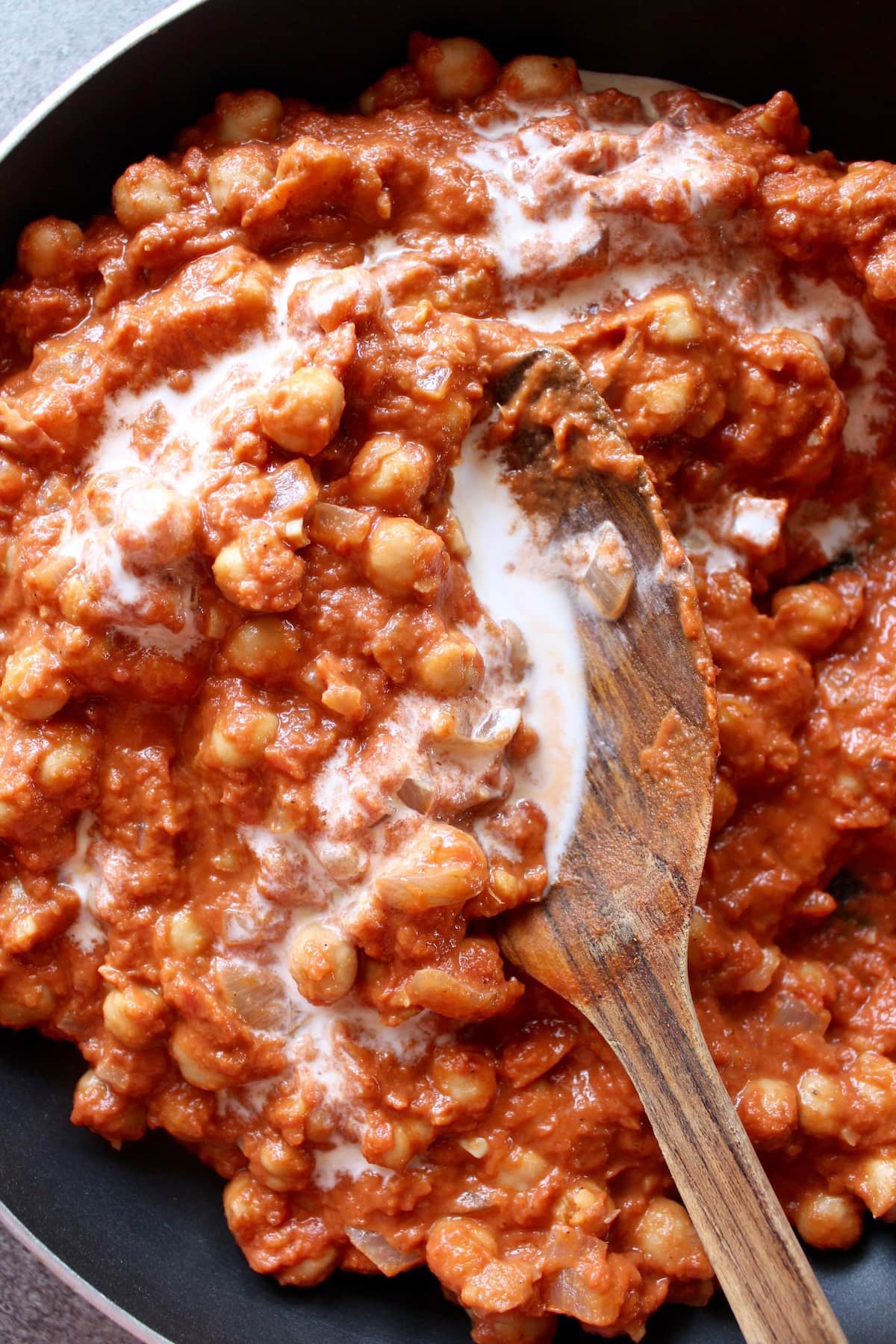 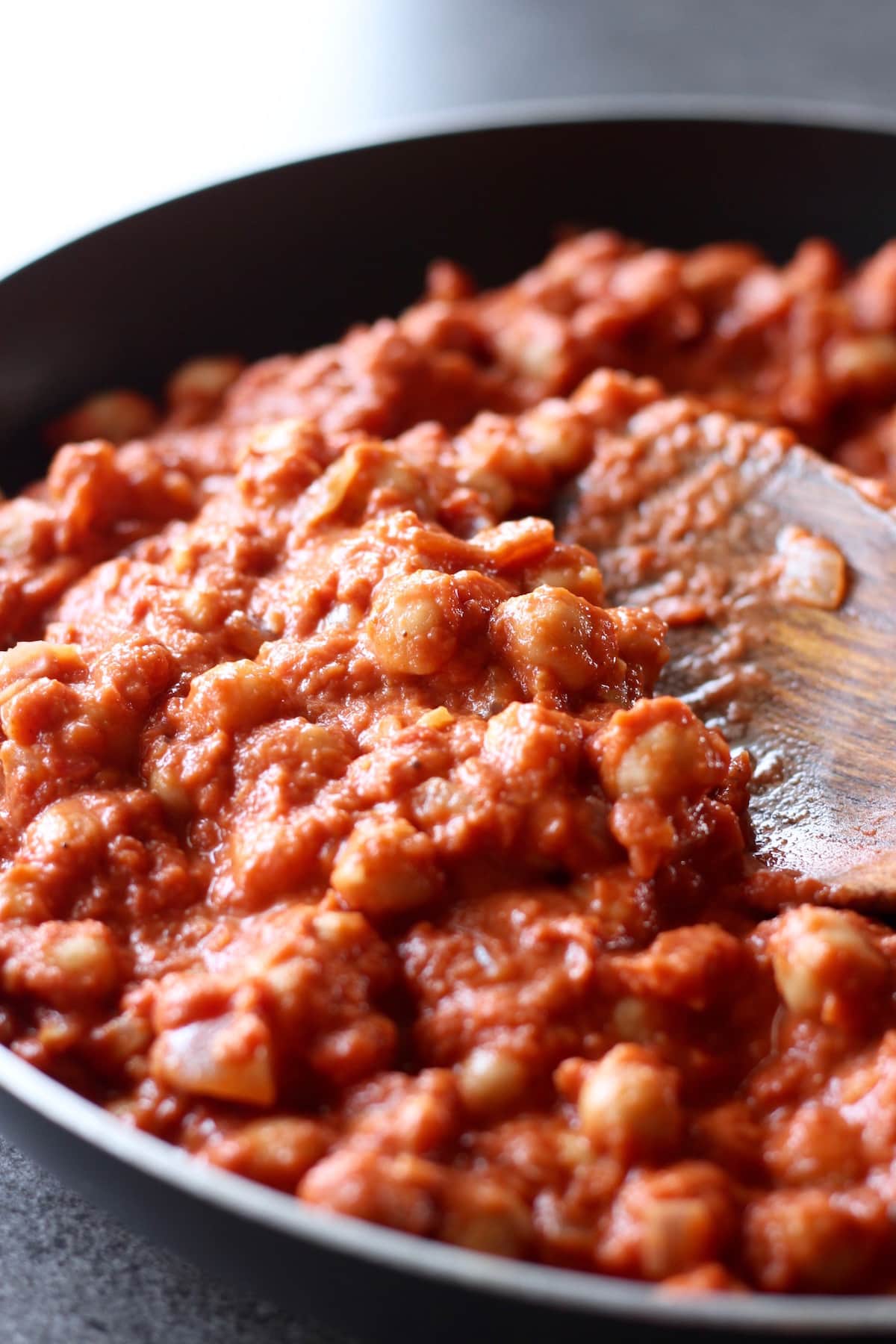 If you hear “tikka masala” you’ll almost always hear the word “chicken” before it. Chicken tikka masala is a popular Indian dish where chicken is simmered in a flavorful curry sauce. The chicken for this dish is marinated in yogurt beforehand in order to tenderize the meat. To season the sauce, the yogurt is usually mixed with spices like garlic, ginger, turmeric, cumin, garam masala and coriander and when added to the sauce, these spices provide the bulk of the flavor. Tomatoes make up the base of the curry sauce and lastly, fresh cream and cilantro are stirred in towards the end to add richness and extra flavor. It really is one of the most amazing dishes you’ll ever taste!

What is garam masala?

So, what is garam masala? If you’ve never heard of or used garam masala you need to jump in your car and drive to an indian market and pick some up ASAP. (Or you can just hop on-line and order some). It’s that good. Garam masala may actually be my favorite spice. While not every garam masala is the same, it often contains some combination or variation of the following spices: cumin, coriander, black pepper, cardamom, cloves, ginger, nutmeg and cinnamon. While “garam” means hot, not all garam masala has to be spicy. I personally love when my garam masala provides a kick, but you can always try out a few different brands to find one which provides the level of spiciness you desire.

Like I said, garam masala is the star of this recipe. While I cut out quite a few of the ingredients and steps used to make traditional chicken tikka masala, this chickpea tikka masala is just as delicious and flavorful. Since this recipe is meat-free, there is no need to marinate any meat in yogurt. This allowed me to swap out the yogurt for full-fat coconut milk, which I simply stir in at the end along with a squeeze of lemon juice which adds a nice tangy flavor. Unsweetened yogurt would also be incredible, but in trying to make a quick and easy version of tikka masala, I opted for what most people already have on hand: coconut milk and lemon juice!

I really hope this chickpea version of tikka masala seems do-able to you and that you give it a try. We are in love with the flavor of this dish and I couldn’t be happier with how easy it is to make and how few ingredients it requires. If you do give this recipe a try, please leave a comment down below letting me know your thoughts! If you enjoy it, please leave a star rating and be sure to share it with others!

I don’t have a ton of authentic indian dishes on my blog (yet!), but I do have enough to help you make a full-on Indian inspired meal! If you want a more meaty tikka masala, be sure to check out my Seitan Tikka Masala…it’s amazing! Then on the side you can impress your friends with some traditional Indian flatbread called Chapati.

Lastly, pair your dessert with some dairy-free chai! Get all the recipes below! 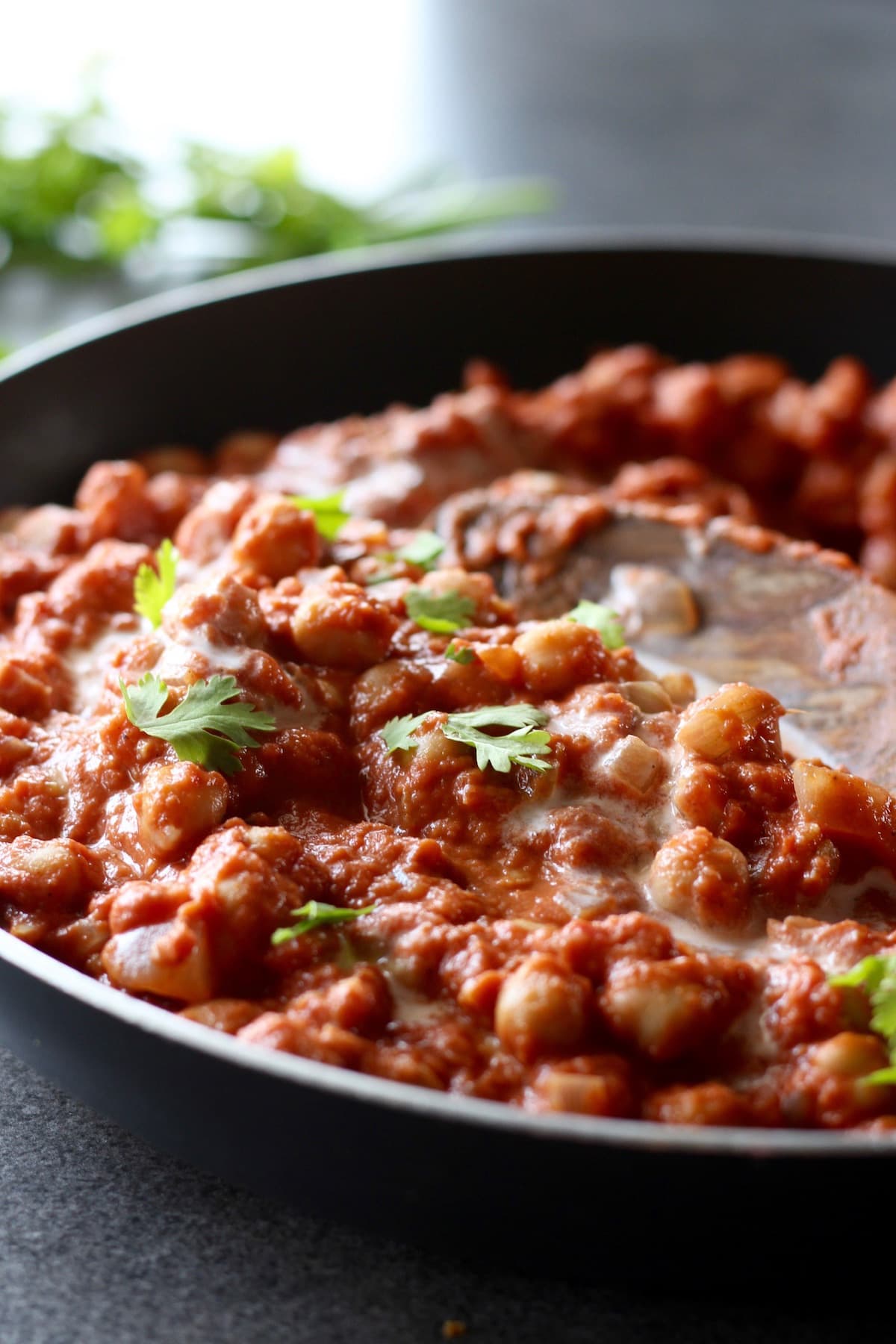 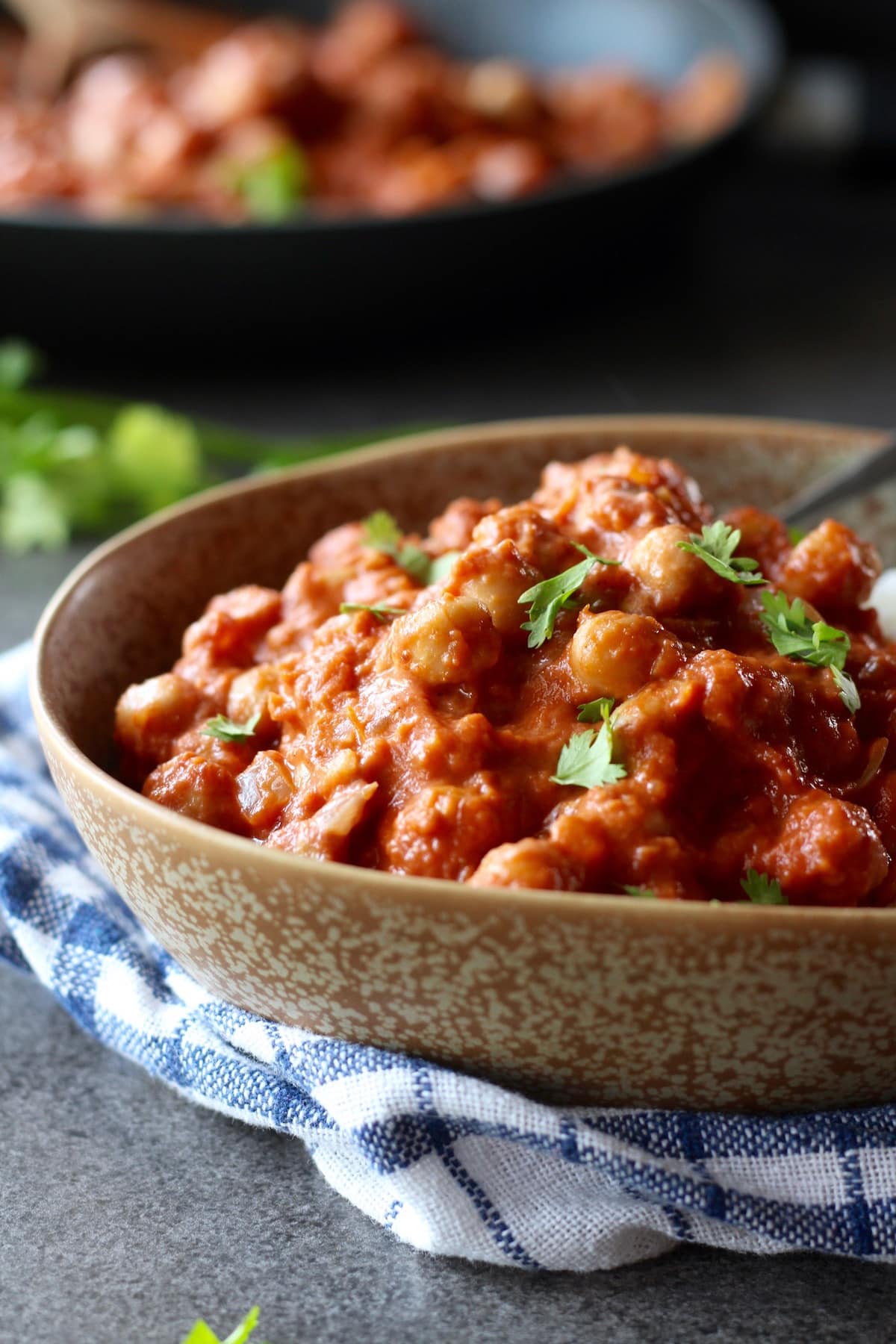 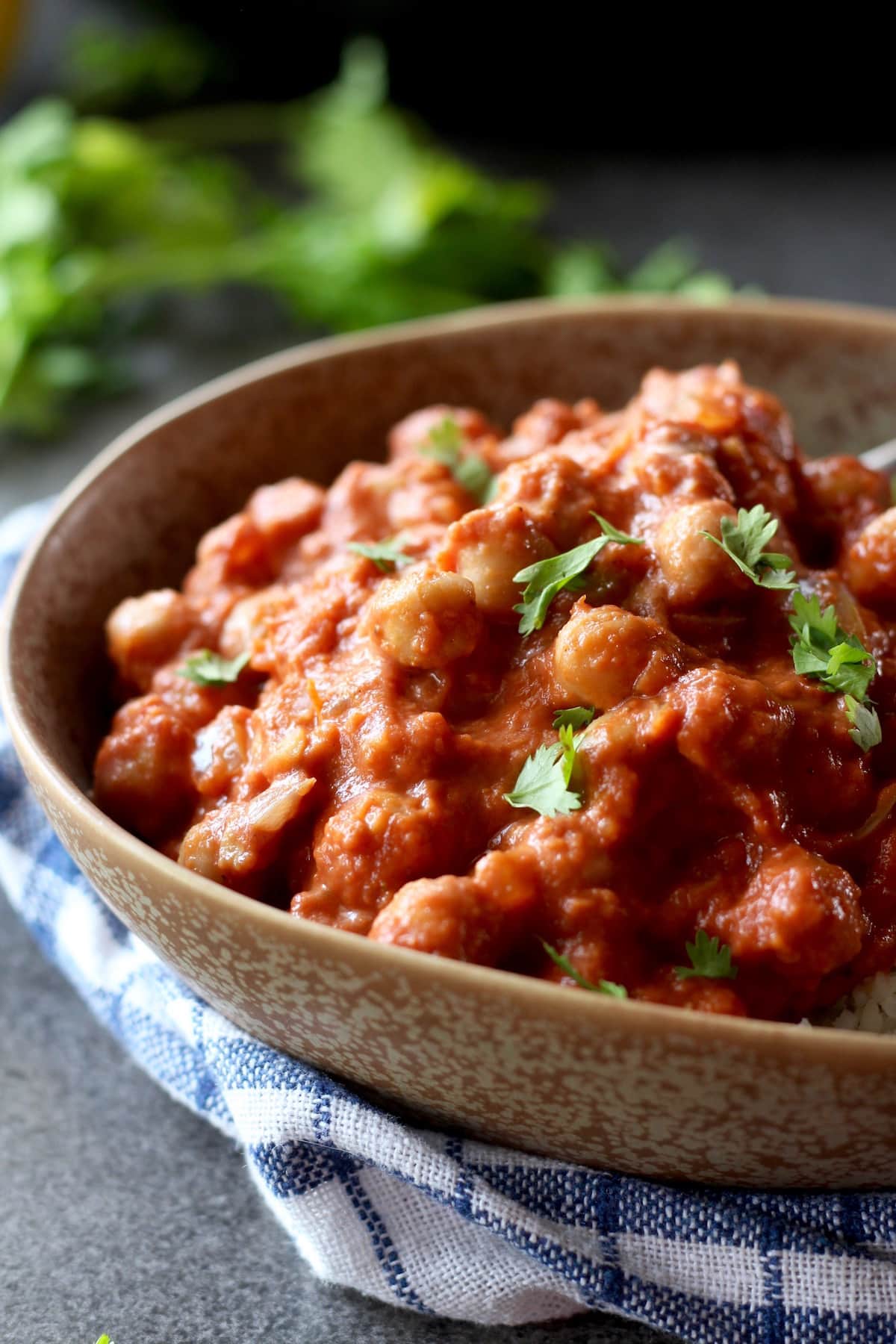